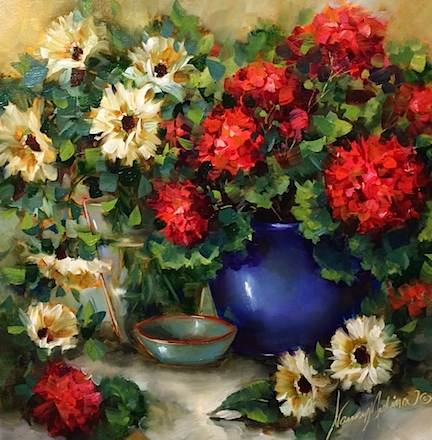 Check out My New Video Here!

Red White and Blue Daisies and Geraniums is the newest container garden in Flower Mound Studio, in honor of Memorial Day. My father was a veteran of the Korean War, and though he never talked much about his time in the war, he brought home a handful of medals. He served on one of the first ships engaged in battle, since his destroyer was on a goodwill mission around the world when war was first declared.

Dad said when they asked for volunteers for fire power, he raised his hand, thinking he could definitely shovel coal. They put him in the gun room, where he had to use Trigonometry to calculate the trajectory of the guns taking aim at the enemy. I think the Navy was the first real family my father ever had, since he was placed in a Catholic orphanage in St. Louis by his Father in the fourth grade, shortly after his mother passed away. 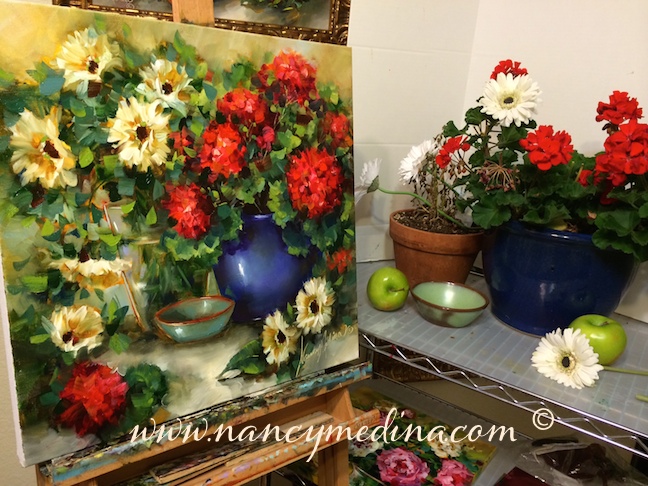